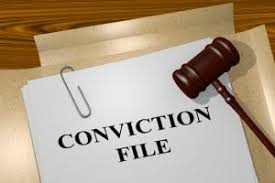 Is a no conviction recorded possible?

Even when the elements of an offence have been proven, or admitted to, the Court has the capacity to release without conviction.

Pursuant to the Crimes (Sentencing and Procedure) Act section (3):
(1) Without proceeding to conviction, a court that finds a person guilty    of an offence may make any one of the following orders:
(a) an order directing that the relevant charge be dismissed,
(b) an order discharging the person under a conditional release      order (in which case the court proceeds to make a conditional release order under section 9),
(c) an order discharging the person on condition that the person enter into an agreement to participate in an intervention program and to comply with any intervention plan arising out of the program.

Why does this provision exist?
Pursuant to the principles in R v Nguyen the capacity to dismiss charges reflects the willingness of the legislature and the community to provide first offenders, in certain circumstances, a second chance to maintain a reputation of good character.

When is a no conviction likely?
Pursuant to the Crimes (Sentencing and Procedure) Act section 10(3):
In deciding whether to make an order referred to in subsection (1), the court is to have regard to the following factors:
(a) the person’s character, antecedents, age, health and mental condition,
(b) the trivial nature of the offence,
(c) the extenuating circumstances in which the offence was committed,
(d) any other matter that the court thinks proper to consider.

Character
For people who have previously led unblemished lives, this principle is designed to provide them a second chance to maintain a reputation of good character.
Although this provision is often used for someone who is charged for the first time, simply being of good character is not the only factor which the court considers

Since the insertion of 4A in the Crimes (Sentencing and Procedure) Act, Courts have been reticent to give a no conviction when the charge is Domestic Violence related.

In domestic violence offences, the Court is bound by the Crimes (Sentencing and Procedure) Act section 4A (1) to impose either a full-time detention or a supervised order.

It is up to the advocate to argue persuasively as to why a different sentencing option is more appropriate in this set of circumstances.

The definition of ‘triviality’ was addressed in R v Piccin.
Hulme J in Piccin indicates that:
“it is not a precondition of the exercise of power under section 10 of the Crimes (Sentencing and Procedure) Act that the offence involved be trivial.”
Hulme J reasons:
Although the matter has not been argued, I wish to record my view that it is not a pre-condition of the exercise of power under s10 of the Crimes (Sentencing Procedure) Act, 1999 that the offence involved be trivial. That conclusion was more obvious in the case of s556A of the Crimes Act, 1900 (as amended) which s10 replaced, the relevant terms of both sections being as follows:-
“556A (1) Where any person is charged before any court with an offence punishable by such court, and the court thinks that the charge is proved, but is of the opinion that, having regard to the character, antecedents, age, health or mental condition of the person charged or to the trivial nature of the offence, or to the extenuating circumstances under which the offence was committed, or to any other matter which the court thinks it proper to consider, it is inexpedient to inflict nay punishment, or any other than nominal punishment, or that it is expedient to release the offender on probation, the court may, without proceeding to a conviction, make an order either:-
(a) dismissing the charge; or
(b) discharging the offender conditionally on his entering into a recognisance…”
However, there is nothing in the explanatory memorandum to the later Act or in the Minister’s Second Reading speech or in the Law Reform Commission Discussion Paper 33 or Report 79 which preceded the legislative changes reflected in the Crimes (Sentencing Procedure) Act to suggest that any change of significance so far as s556A is concerned was intended. And clearly, a limitation such that the section could be invoked in only trivial cases would be a change of significance.

Extenuating Circumstances
This will depend on the facts of each case, but the court will benefit from understanding why the offending behaviour happened. Sometimes this involves both offender and victim giving insight.

The first one hour conference in chambers is FREE! Make an enquiry now